Jaffray, our most southern location, is situated south of Cranbrook in the East Kootenays.It is located at about 1100 m in elevation in the Interior Douglas-fir zone but the climate is moister and considerably less arid than at Peterhope Lake or Venables.The mature stand was 80% Douglas-fir, with western larch, ponderosa pine, and lodgepole pine occurring as secondary species. Mosttrees were relatively short with moderate diameters even though at 123 years of age the stand was older than at all locations except John Prince. Large Mother trees were absent. The forest included small openings as well as fairly dense patches of pole-sized trees. There was very little regeneration under the canopy and the dominant understory plants were pinegrass and heart-leaved arnica. Soils were silt loam and silty clay loam Luvisols with an ashy upper horizon. 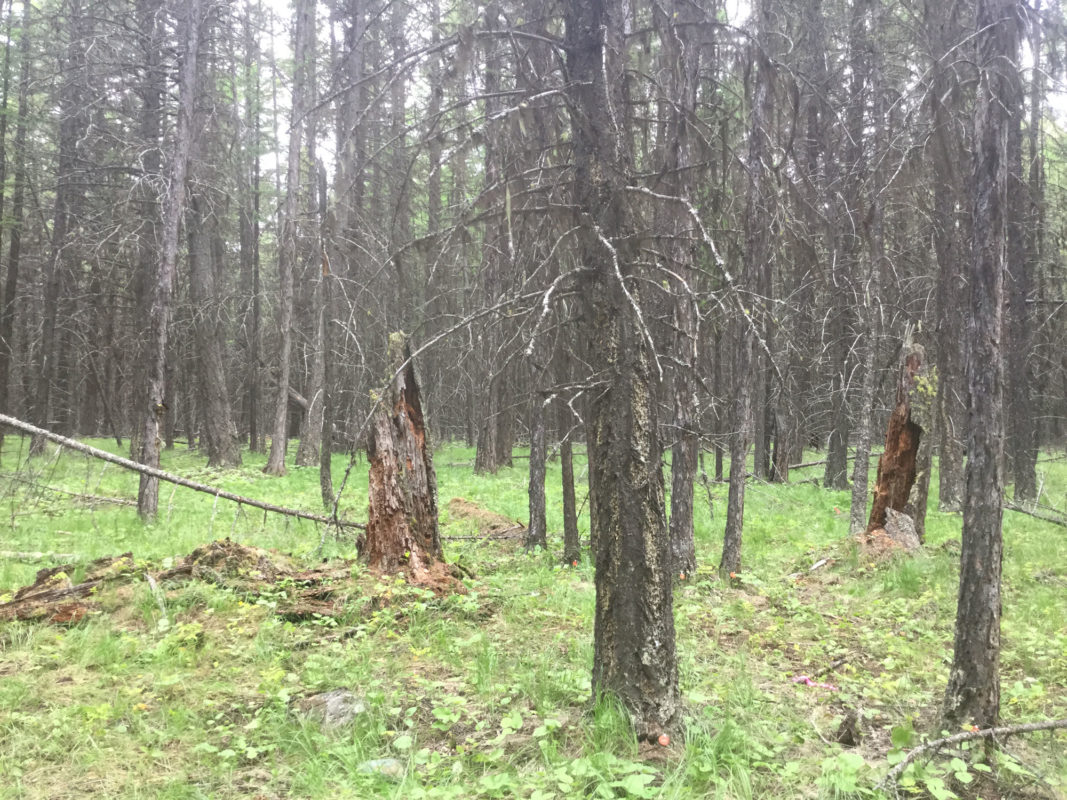 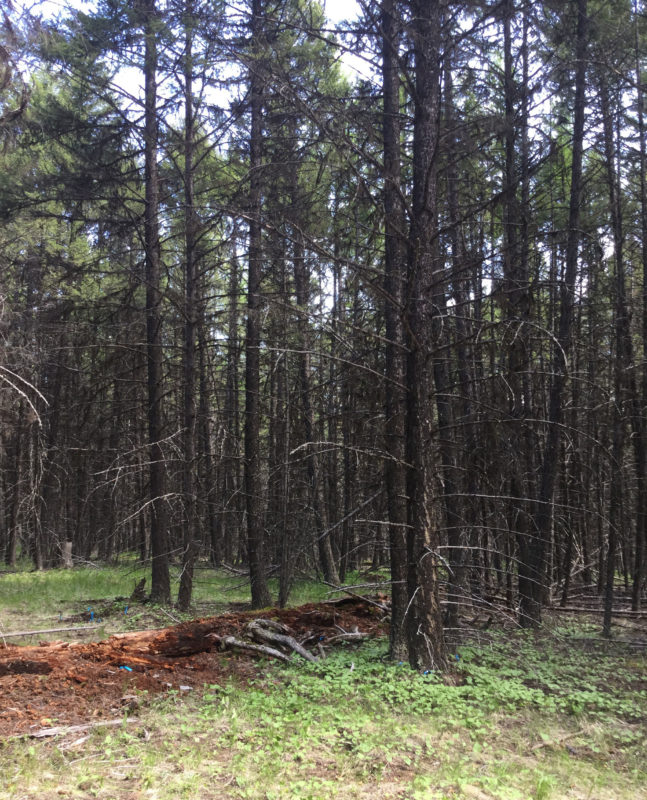