The three replicate forests at the Venables location vary from 1000-1500 m in elevation and are situated between Cache Creek and Spences Bridge. This is our most arid location. The unlogged forests here contained scattered live and dead Douglas-fir Mother trees, up to 1 meter in diameter and more than 300 years of age, but the average dominant or codominant tree was 109 years old. The stands at the three replicates were open, multi-layered, and essentially pure Douglas-fir, with patches of regenerating Douglas-fir saplings were common. Pinegrass was the dominant understory vegetation species. On average, Douglas-fir site index and stand volume, basal area and density were fairly low compared to most of our sites, but not as low as Peterhope Lake. Soils were generally Luvisolic with a sandy clay loam texture. 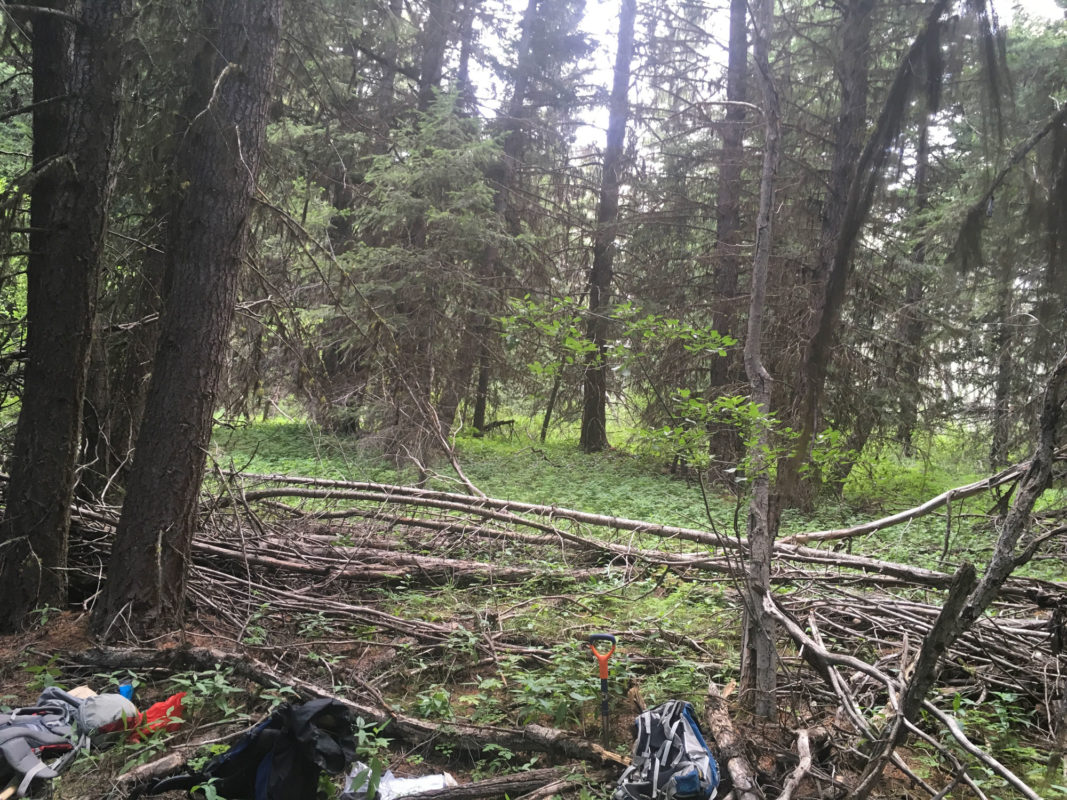 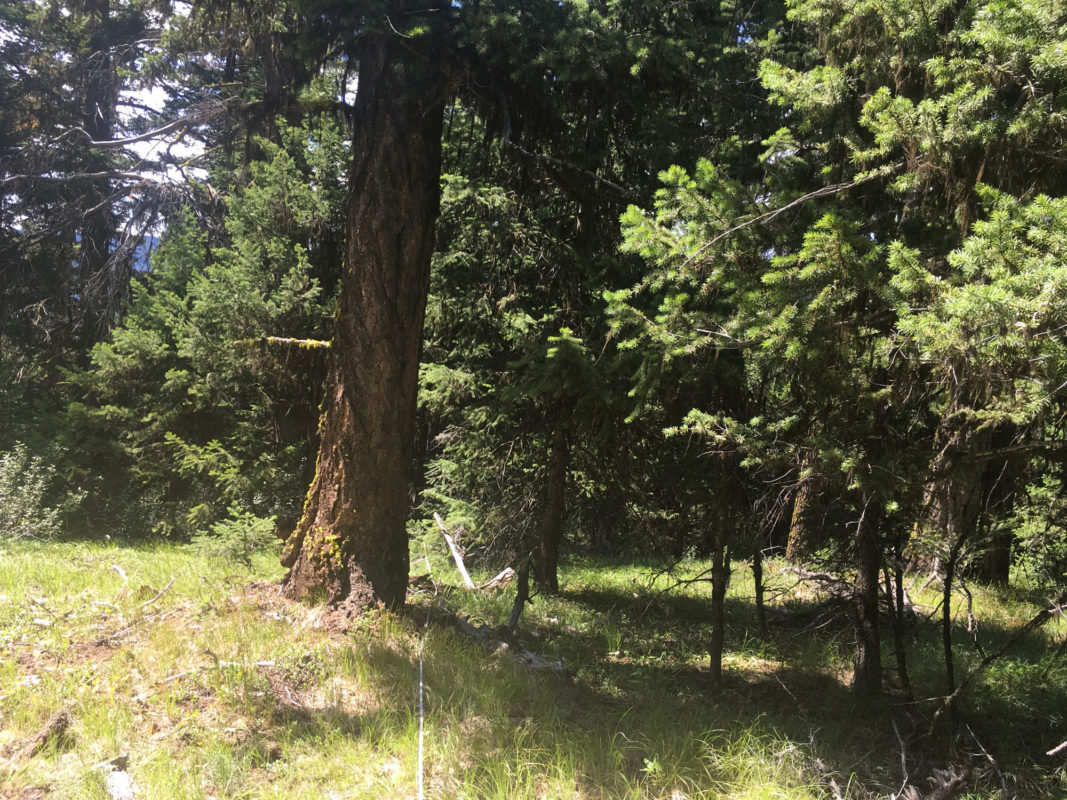 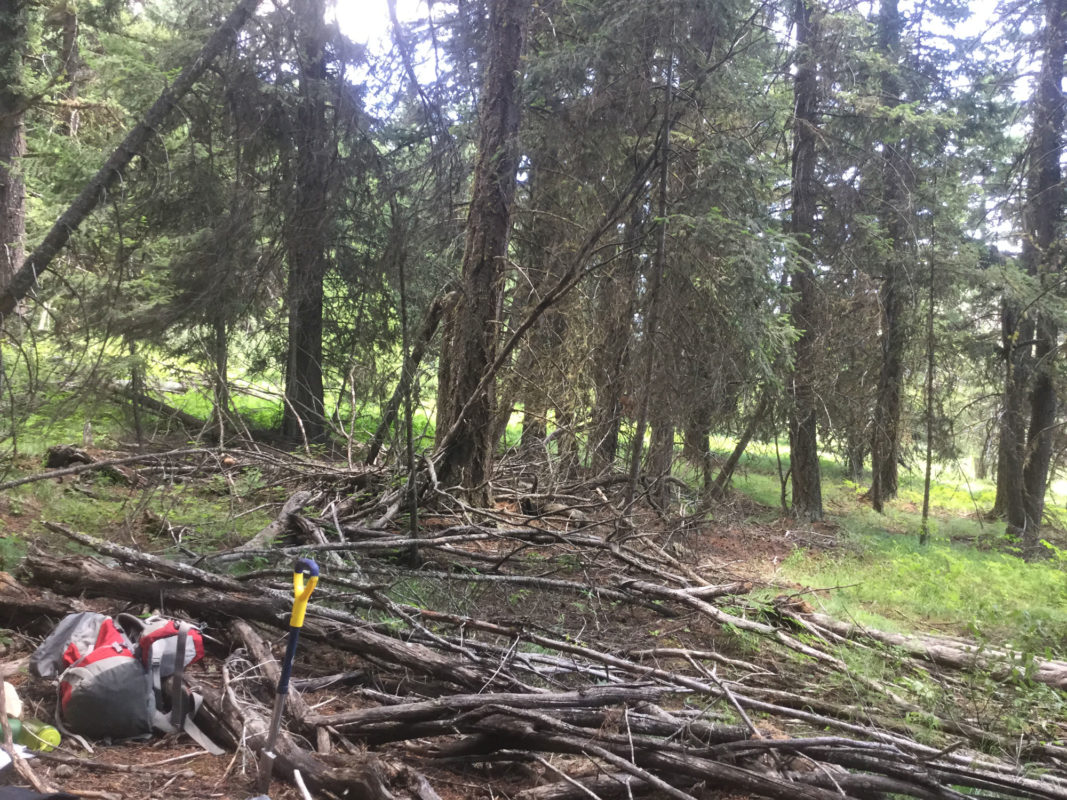 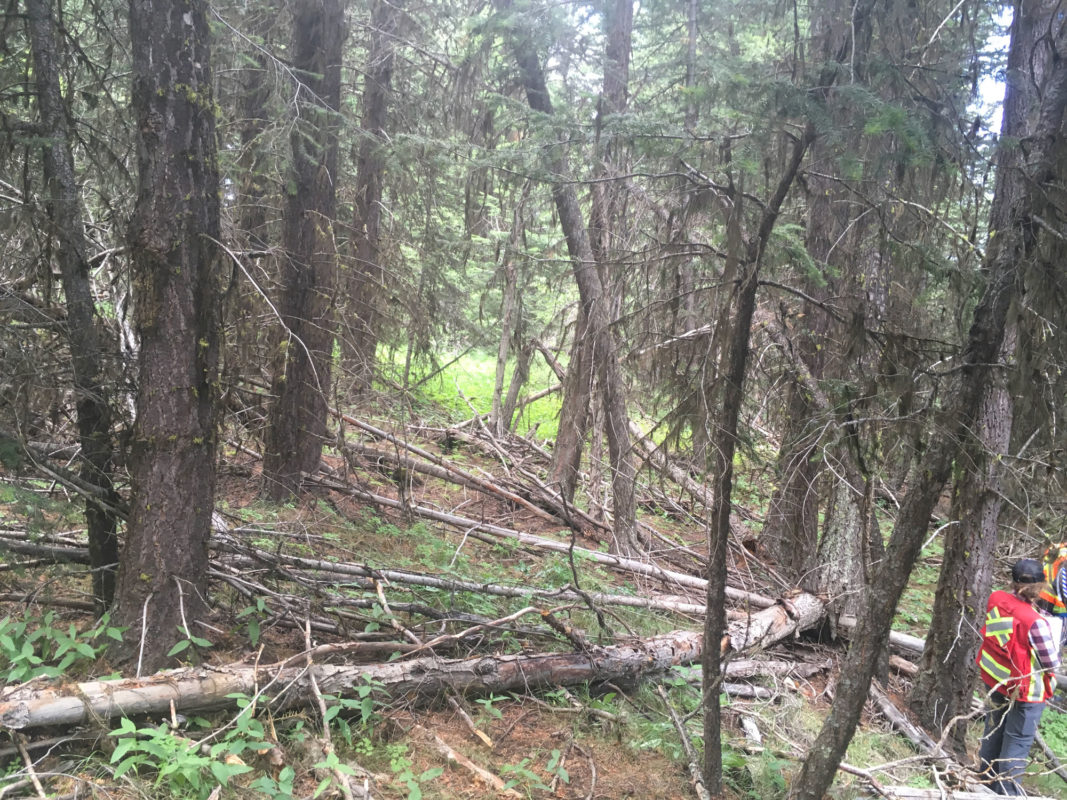